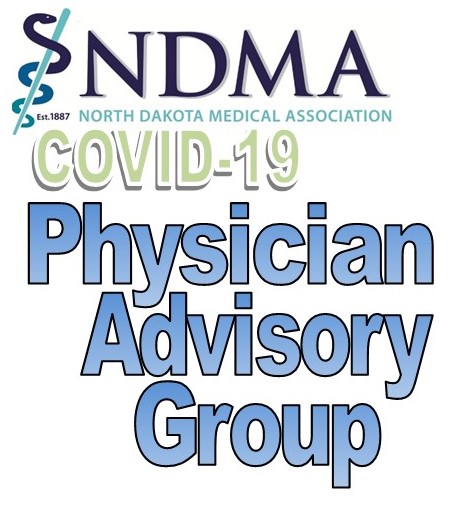 Following are some highlights from the September 17th meeting:

The newly appointed interim ND Dept. of Health, State health officer, Dr. Paul Mariani attended the meeting and was  introduced to the group. His attendance and expertise was much appreciated.

Cases in long-term care centers and primary hospitals were discussed:
School update: 420 cases with 2622 close contacts identified as of September 8th. Some schools and classrooms have shifted to distance learning.
Mitigation strategies: ND Dept. of Health will be receiving input from a third-party business to assist with messaging. Other ideas included holding town halls led by providers and learning from the city of Grand Forks, which has partnered with local public health, city commission, community hospital, schools, and the university to provide consistent messaging adapted by community members. It was pointed out that it will be important to identify who we are trying to reach and create a partnership.
Become A NDMA Member Today!