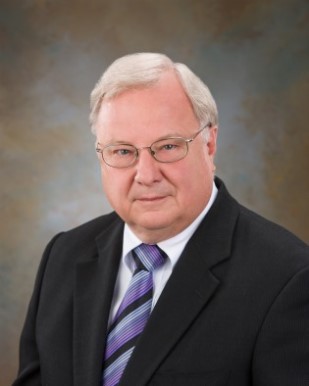 Jerry included NDMA in every taskforce and meeting possible and is a valiant supporter of NDMA initiatives. His expertise comes from 30 years of experience as a Chief Executive Officer for integrated health systems encompassing: rural hospitals, nursing homes, retirement apartments including assisted living, clinics and oversight of a Health Maintenance Organization.

During his career Jerry has been involved with the legislative process at both the state and the national level. Jerry was instrumental in the stakeholder group which supported Medicaid expansion, and inflationary increases to Medicaid. Jerry also supported the Medical School expansion and expansion of residency at the UNDSMHS. Other initiatives supported by Jerry are the interstate medical licensing compact, telemedicine reimbursement and greater enforcement against assault against for health care provider legislation.

Jerry’s many years of dedication to healthcare are unsurpassed. Throughout his career, Jerry has been a true “friend of medicine” and advocate on behalf of medicine in North Dakota.

NDMA is the professional membership association for North Dakota’s physicians, residents, and medical students. Since 1887, NDMA has ensured that physicians have a strong, independent voice on issues that impact physicians and patients.